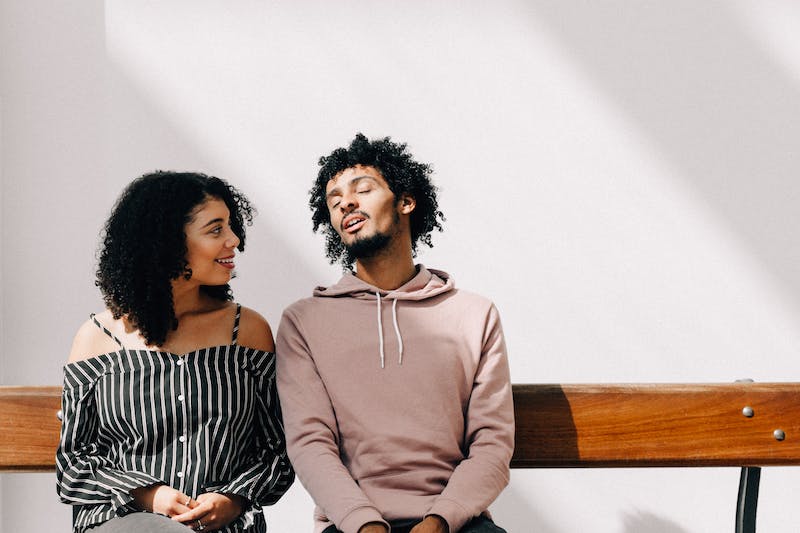 We all get hurt, it’s life. We either hurt ourselves or we allow other people to hurt us, emotionally, mentally and/or physically. My question is, if the same person that hurt you asked for help or you could see they needed help, would you help them? Given, it depends on the amount of hurt that person put you through.

So basically, with me, I did a trifecta of hurts. I allowed family to hurt me emotionally and mentally bully me. I was the youngest and was just happy to get to get some sort of attention from my siblings, who were much older than me. I allowed some friends to take advantage of me, because all I wanted was to be accepted, I wanted friendship and companionship. Plus, I was a teenager, I didn’t know any better. But in seeking acceptance of others, I began to lose myself. And when it turned out that I needed someone, all I only had my mother. I felt I just needed someone who wasn’t family. So when things got rough for me, I began becoming depressed, a so-called “mood killer”.

Coming back to my initial question, I was recently contacted by a friend, who had really hurt me. So her contacting me completely caught me off guard. I mean it was so out of the blue that if I was a racer looking at my right-side view mirror I would see the car overtaking me on me left side. You see in the past I liked this person so much that I let her take advantage of me so bad, that I began losing myself, pushing everyone else away. She first started by apologizing for hardly having spoken to me recently and she told me, that her and her boyfriend had broken up. With those words, I sensed that this person needed help, she needed someone to talk to. I firmly remember the past like it was yesterday, nonetheless, I told her to meet me for a drink.

We met, she spoke, I listened. She explained why her and her partner had parted ways. Remembering there are 3 sides to a story (hers, his & the truth), I got her side. I did not get his side of the story and, not knowing him I felt fairly neutral towards him anyway. I was simply there to listen. I wasn’t there to fix anything but merely offer advice if necessary. I began explaining to her about caring for your own self, like a cup, whatever overflows you share with others. You know: love yourself before you can love someone else. I also sensed she was in a tough spot, but she was beginning to find herself. I mean I believe everyone is capable of great things, you just got to make and put in the effort. So I basically began telling her about motivational speakers and how people go after what they want in life, whether it was tangible or intangible doesn’t matter. At the very least you are creating a goal. I mentioned 2 quotes from my favorite motivational speakers which are: “…..when you want to succeed as bad as you want to breathe then you will be successful (Eric Thomas) & the second one: “….. even when you down and out, but when you wake up it will still be your set” (CT Fletcher).

You see, I developed my own grudges and held them against people. It affected me not them, they had carried on with their lives and I had stopped mine because of them. I wasn’t being fair to myself. She was one of them. But I put my personal issues aside. You see, whether or not I heard from her again, didn’t really matter, I had helped someone and clearly expected nothing in return. I was straight up with her, I gave her the advice I thought she needed. I knew her and I knew how to talk to her. This is something Anita helped me with – recognizing peoples’ colors. (it’s always good to know the person you’re talking to.) I also realized some people crave attention and acceptance from others, but once they have it, they become like a kitten with a cotton ball. It helps when you put your differences aside and help someone with the “think, feel, act” attitude. Sometimes, we hold so strongly onto the past we miss what is in front of us. Look back at the past and remember experiences, they’re lessons. Look to the future so you can see your prizes and live in the present because actions can take you to the future.

We are all born with the ability to make a difference in someone’s life. So at the end of the day it’s not about you and what you’ve accomplished. For me, it’s about how I’ve lifted someone up, someone who I made feel better.

And perhaps one day we will all learn a lesson from how a colony of ants live.