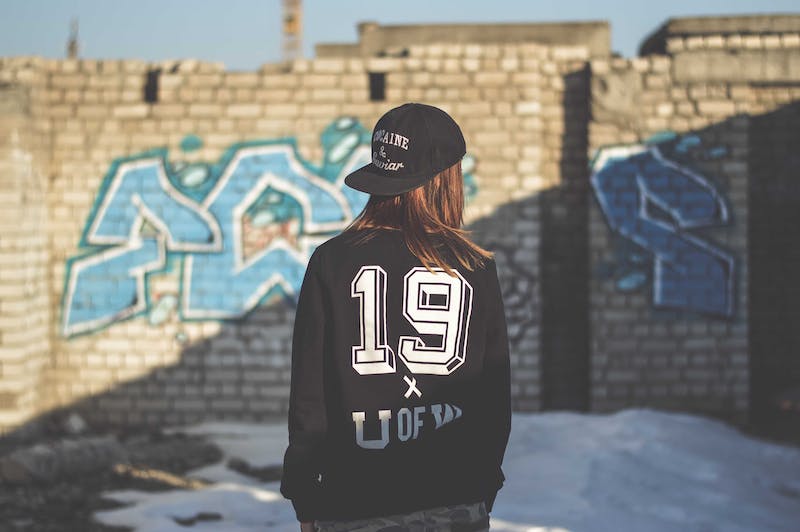 Jade Aston (not her real name), a seventeen-year-old “Emo”; which is better known as an Emotional child grew up in a so-called normal Northern Suburbs home in Bryanston.

Usually, a happy, outgoing girl, Jade’s behaviour and appearance started changing two years ago. She became withdrawn, sulky, negative, gloomy and quiet. At school, her marks plummeted, she bunked school, lied to her parents and became aggressive towards them. Her parents thought this was just “normal” teenager behaviour, and that it would pass. They tried disciplining her by removing her ‘privileges’: sometimes restricting her cell phone use, or not letting her go out at night, also her art classes and tennis lessons were used as leverage. Little did they realise that all these attempts were far from helping Jade, or their home life. Instead, it only pushed her further and further away from them and into the more dark side of life.

Late one afternoon, as the sun was setting Jade's parents, were on their way home from work. Little did they imagine that they would find their teenage daughter on the floor of her bathroom in a pool of blood, with a rainbow of pills scattered across the floor and a razor blade in her hand. They hadn’t seen this coming, but for Jade, this was something she had thought about often.

Life for Jade was becoming more and more difficult to understand. She began to question what life was all about and wondering why she was alive. She could not find the answers to her questions. With no sense of purpose, Jade felt overwhelmed by her emotions.

“It felt like no-one cared about me and I did not get excited about anything. I was so miserable; I could not see the way out. The only thing that made sense was to take the razor blade and slit my wrists to make the feelings of misery stop,” explains Jade, four months after her suicide attempt.

Her suicide attempt shocked her parents. They could not believe that they did not notice that the change in Jade’s behaviour was so severe. It was as though time had slipped away! For them to imagine that life for Jade was so unbearable that she wanted to take her own life was yet another act of denial. After all this time, did they really know their daughter at all?

After failed attempts of sending Jade to the school counsellor, psychologist, guidance teacher and social worker, they decided to take a different approach. They contacted LifeworX. This seemed to be a way to get Jade thinking more about her future and also becoming more focused and goal orientated. It took a few sessions to notice that Jade began showing signs of interest in life again and socially started interacting in ways that she had not done in a very long time. Jade’s parents noticed a distinct positive change in her attitude towards everything in her life.

Gaining life skills at any age is always worth it. For Jade to begin learning life tools like self-respect, self-worth and self-esteem are what her sessions were teaching her. Life coaching was a positive and hands-on approach to working on these life tools.

Jade’s parents say “It` was like a cloud lifted from her face and attitude. We still have moments when she relapses into a state of depression, but they are becoming fewer and it is becoming easier for her to cope with her rollercoaster emotions. Her obstacles are becoming more manageable.”

Anita, a registered Life Coach with Lifeworx, provides a process of connecting with teenagers and getting through the hard outer shell they often erect for defence purposes. She believes: “It is this process of reaching the child on their level, gaining their trust and deciphering their emotional state that I can then address the real issues at hand.”

As parents, we too often assume the behaviour of our teenager is normal and as such believe normal discipline practice is required. Not enough is done to look past our teenager’s clothes, hairstyle, behaviour and attitude to root out the real issues.

LifeworX has been involved with teen programmes for the past 7years agrees that life coaching is one of the best ways in aiding young kids in finding their feet. “From finding out more about themselves, the dynamics of their family lives and just generally putting things into perspective is only but the beginning” Understanding the nature of Life coaching is still a very new approach but is quickly becoming a successful and useful technique in helping teens. Not forgetting that a lot of teens are simply young confused adults.

Life coaching is for the parents too! It helps them to understand the principle of how the process works. “Working together through Life Coaching makes parents and their children understand that they usually want the same thing – understanding and communication”

Jade’s parents say “decoding your teenager could be your saving grace.” They believe that reconnecting with Jade and doing some life coaching themselves shows her that they too need to work at knowing how to interact with her. The levels of communication have been the main ingredient, closely followed by love, trust and understanding. Trust is another. Although trust is earned, parents need to start with small but significant aspects. Trust is a two-way thing and for parents to trust their teens their teens need to feel the same way.

Lifeworx shares a few tips for parents of Emo teens: Patience and understanding are two very important elements of parenthood. Allowing your child to be at ease over troubling matters makes it allot more possible for them to approach you. Trust is an intricate part of the relationship between parent and child and it does take time and effort to acquire.

There are a few fundamental aspects of a relationship that needs to be addressed and worked on. They are awareness, responsibility and encouragement. Building a strong bond during life coaching sessions is one of the main objectives of a group session. At Lifeworx we have found that once these issues have been addressed a real meaningful relationship begins forming between parent and child.

*Jade Aston is not her real name. Her name has been changed for her protection.

Please contact LifeworX if you are needing any help. You can email anita@lifeworx.co.za or visit our contact page.